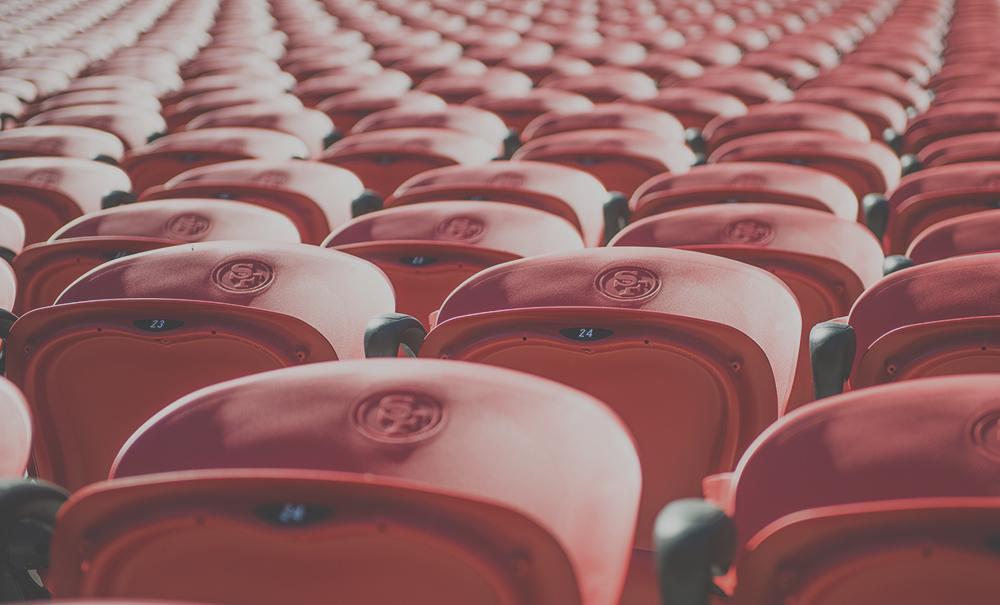 Please note, we will begin reaching out to waitlist members in mid-January. Want to go back and change your interest, simply click on the button below to take you back.

← GO BACK AND CHANGE MY INTEREST

Levi’s® Stadium is the Home of the San Francisco 49ers and the premier sports and entertainment venue in the world. Levi’s® Stadium is known for being the most high-tech stadium in the world and was officially recognized as Sports Facility of the Year by Sports Business Journal in May of 2015, and followed that award one month later by being named Venue of Year by the The Stadium Business Awards in Barcelona, Spain.

Levi’s® Stadium was designed by HNTB and built by Turner/Devcon for the Santa Clara Stadium Authority. The structure takes advantage of our Silicon Valley climate and is predominantly open and airy, while also environmentally friendly. Levi’s® Stadium is the next generation of stadium design. The $1.2 billion venue has 1.85 million square feet, seats approximately 68,500 and features 165 luxury suites and 8,500 club seats. One of the most unique features of the facility is the green roof atop the suite tower on the west side of the stadium. The three solar bridges, connecting the main parking area to the stadium, will include hundreds of solar panels.

Featuring 11 unique gallery and exhibit spaces, the 49ers Museum presented by Sony is a 20,000 square foot facility dedicated to the 49ers past, present and future.The Museum is dedicated to its values of education, innovation and heritage and is committed to serving as an exciting, engaging home for fans of all ages.

Levi’s® Stadium is the first stadium to host an NFL team with LEED Gold certification. Visitors and guests may view a live dashboard display featuring current energy measurements, water and air monitors, and other dynamic green features as the building operates daily. The dashboard is located inside Levi’s® Stadium in between the 49ers Museum Presented By Sony and 49ers Team Store.

The stadium holds 9,000 club seats and more than 160,000 square feet of space dedicated to climate-controlled club and premium areas. The two private BNY Mellon Clubs, on the field level behind both sidelines provide exclusive access to players during 49ers games. In addition, there are four other clubs to choose from—the Brocade Club, the Champions Club, the Levi’s’® 501® Club, and the Yahoo Fantasy Football Lounge—all of which provide a unique environment, as well as upscale dining and full service bar choices.

Some of the best sightlines in the NFL. Guaranteed access to purchase playoff tickets. In-seat food, drink and merchandise delivery through the stadium mobile app. Two LED videoboards in each end zone to enhance your game day experience. Option to purchase parking. Opportunity to purchase seats to other stadium events.

If you are interested in our premium seating options, please join the SBL Member Priority Waitlist or give us a call at