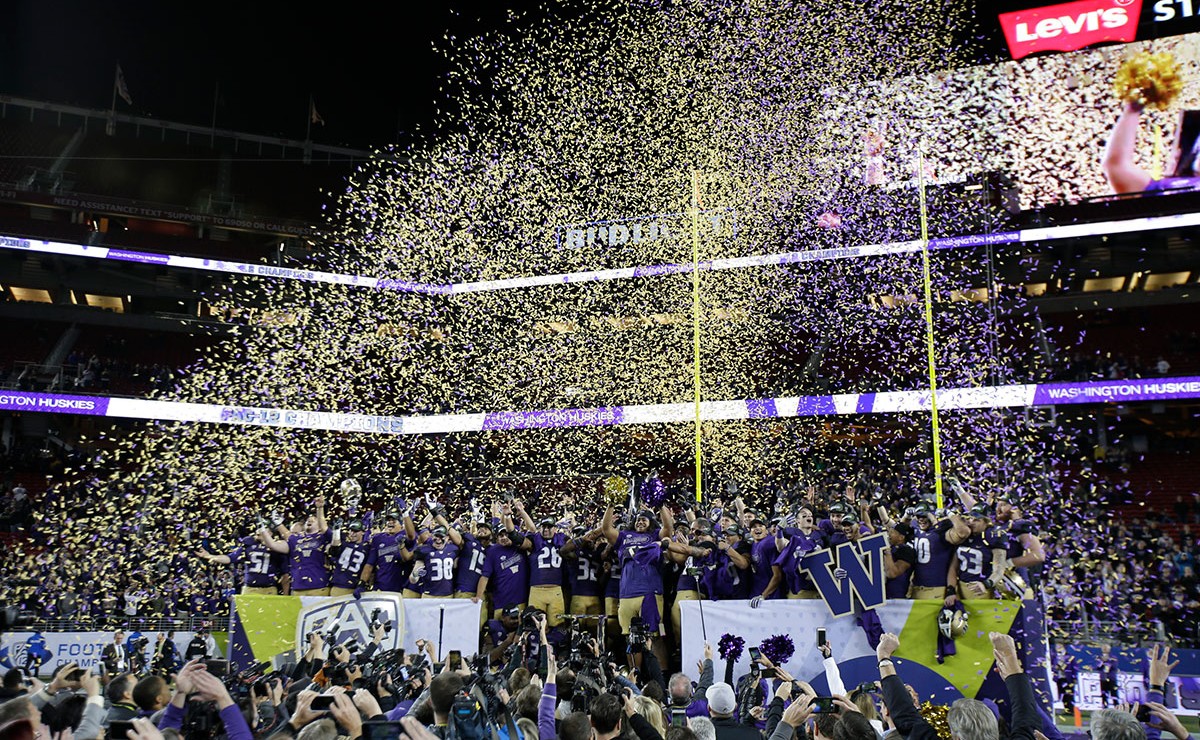 The Pac-12 Football Championship Game is returning to Levi’s® Stadium for the fifth consecutive year and college football fans have the opportunity to purchase tickets when they go on sale to the public this week. The game will take place on November 30th at 5:00 p.m. and feature the Pac-12 North champion versus the Pac-12 South champion in front of a national television audience on the FOX broadcast network.

Last year’s Pac-12 Football Championship Game featured Pac-12 North Champion Stanford against Pac-12 South Champion USC, with the Trojans coming away with a narrow 31-28 victory over the Cardinal and sending USC to a New Year’s Six bowl game with the 2017 Goodyear Cotton Bowl.

The Pac-12 Football Championship Game is the first of three noteworthy college football games set for Levi’s Stadium this season. The 17th annual installment of the San Francisco Bowl – featuring teams from the Pac-12 and Big Ten – will take place on Monday, December 31st. One week later, the entirety of the college football world will descend on the Bay Area for the College Football Playoff National Championship at Levi’s Stadium on Monday, January 7, 2019.

The Pac-12 is headed into its fifth year hosting the Pac-12 Football Championship Game in the state-of-the-art Silicon Valley venue. Over the last four years, the event has grown to include a full fan fest, and the exciting action on the field has catapulted two teams into the College Football Playoff: Oregon in 2014 and Washington in 2016. The game has also seen huge national television audiences and given Pac-12 student-athletes the chance to play in an incredible stadium while gaining exposure in the national spotlight.

The championship game moved to Levi’s Stadium in 2014, its first time at a neutral site after being hosted on Pac-12 campuses for three years, in recognition of the importance of ensuring that the conference’s best teams are prepared and undoubtedly qualified for the highest levels of postseason play, while showcasing the best of Pac-12 football on the biggest stage.