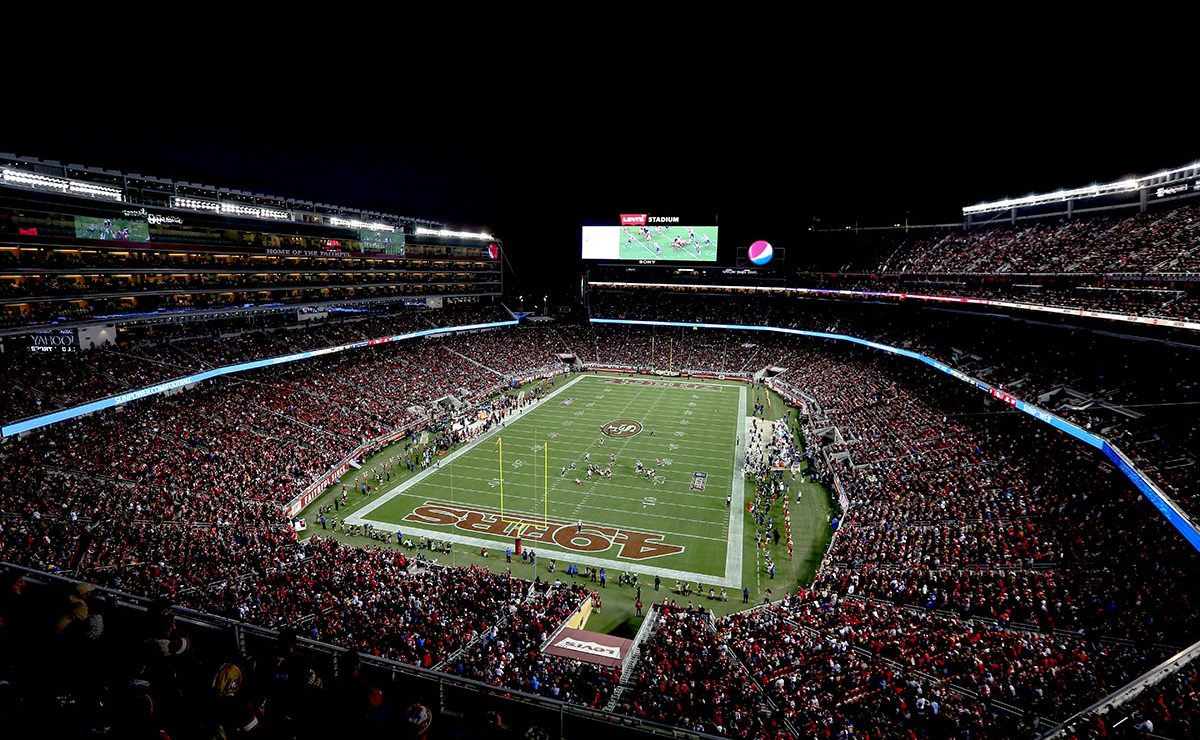 Levi’s® Stadium Presented with TheStadiumBusiness Environmental Award of The Year

With nominations submitted from all over the world, Levi’s Stadium was today presented with TheStadiumBusiness Environmental Award of the Year at the annual TheStadiumBusiness Awards – the first industry awards for the stadium sector, by the stadium sector – in Dublin, Ireland. The home of the San Francisco 49ers was given the honor for its achieved success in the pursuit of sustainable venue management.

From its NRG Solar Terrace affixed with state-of-the-art solar panels designed to reduce energy demand and generate more electricity annually than is consumed during the 10 scheduled 49ers games each season, to the recent unveiling of the 7,000-sqaure-foot Faithful Farm – the first-ever for an NFL stadium – generating an annual yield of more than 7,500 pounds of fresh vegetables, Levi’s Stadium has ushered in a new generation of stadium design, leveraging technology and sustainability to ensure a better experience for its guests and the community at-large.

“From day one, the York Family has prioritized being a pioneer in sustainability so this recognition from TheStadiumBusiness Awards is a testament to their ongoing commitment to enhancing our community,” said Jim Mercurio, vice president of stadium operations & general manager of Levi’s Stadium. “Our efforts at Levi’s Stadium have successfully demonstrated that sustainable stadium design is not only possible, but that it also can make good sense for business while benefitting the fan experience and the civic good.”

In August 2014, Levi’s Stadium became the first professional football stadium to open with LEED Gold Certification for New Construction, the recognized standard for measuring sustainability for design and construction. Less than two years later in July 2016, Levi’s Stadium continued to set benchmarks as the leading sports venue in sustainability by achieving LEED Gold Certification for Operations and Maintenance of an Existing building – making it the first-ever NFL stadium to be LEED Gold certified under the two respective rating systems. In October 2016, the 49ers were recognized by the White House Office of Science and Technology Policy for its commitment to fighting climate change.

The stadium was also a finalist at this year’s awards in the Event of the Year category – recognized for its efforts in hosting COPA America Centenario USA 2016.