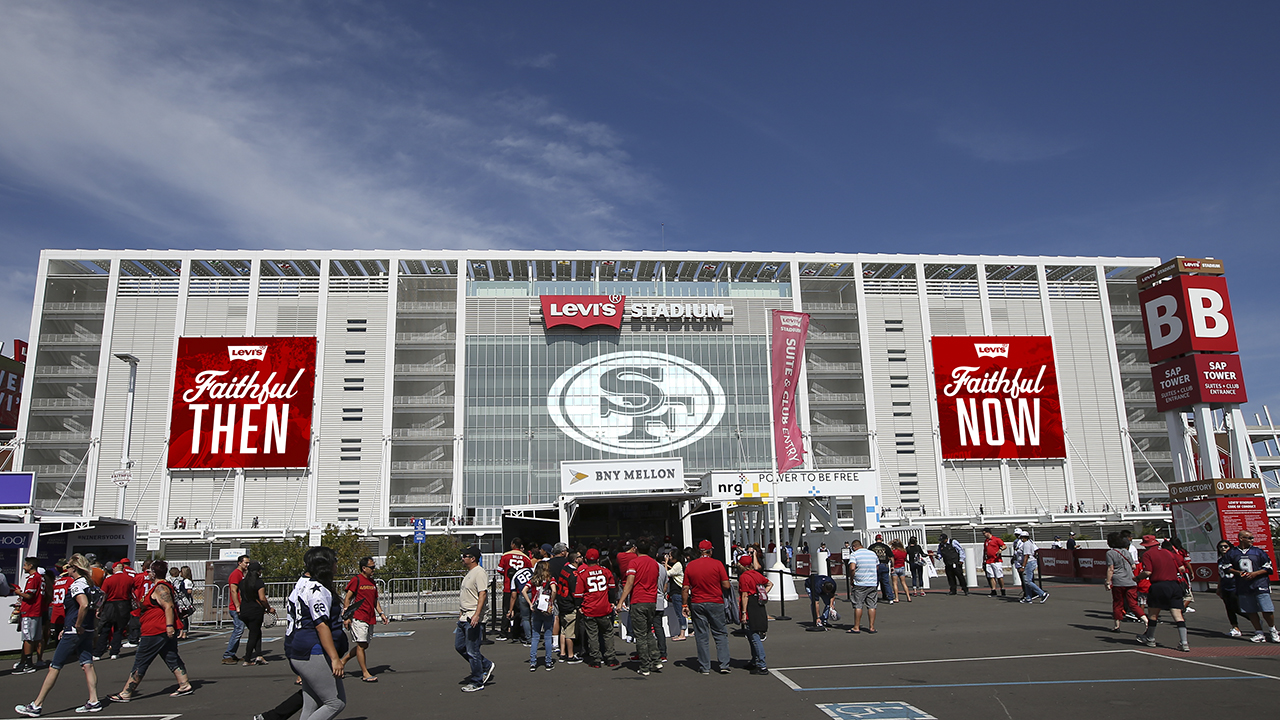 Renovations are coming to Levi’s® Stadium. Wednesday night’s “State of the Franchise” event gave fans a first look at the changes that will be ready in time for the 2017 NFL regular season. The San Francisco 49ers unveiled plans to add signage around the stadium with an emphasis on the franchise’s rich history and five Super Bowl Championships.

The most notable addition will be a Ring of Honor located on the suite tower that encompasses the entire West side of the stadium. Featured in the ring will be all 26 (soon to be 27 with Tom Rathman this season) names in the Edward J. DeBartolo, Sr. San Francisco 49ers Hall of Fame. The decision to make such changes at Levi’s® Stadium is largely a response to the wishes of fans. “The Faithful” were clear that they want the home of the 49ers to truly feel like home.

Below are some very early artist renderings that represent just a taste of what fans can look forward to this season.