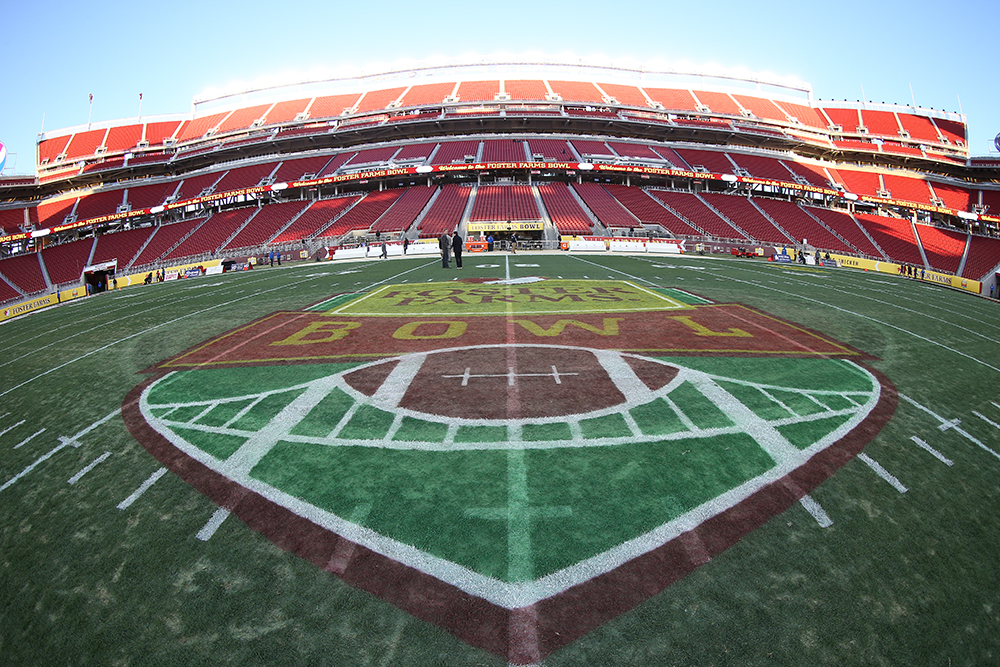 Players to Know in the 2016 Foster Farms Bowl

Get to know the top talent in this year’s game.

DL Hunter Dimick, #49: Dimick led the Utes in sacks with 14.5 and tackles for loss with 20.5. He will graduate Utah as their career leader in sacks with 28.5 during his time in Salt Lake City, He is also ranked third in FBS in sacks this season. Dimick is a finalist for Ted Hendricks Award, given annually to the nation’s best defensive end.

RB Joe Williams, #28: The senior running back put together a strong season. Williams finished with 1,213 rushing yards and nine touchdowns to lead the Utes in both categories.

QB Troy Williams, #3: In his first-year as the Utah’s starter, Williams led the Utes to eight wins behind his 53.4 percent completion percentage, 2,579 passing yards and 15 touchdowns. He also racked up 393 rushing yards and five rushing touchdowns.

DB Brian Allen, #14: The senior defensive back tied for the team lead with four interceptions and lead the team with six pass breakups. Allen will be tested by the vaunted Hoosier passing attack.

RB Devine Redding, #34: The junior running back finished he season as the Hoosiers leading rusher with 1,050 yards and six touchdowns.

QB Richard Lagow, #21: The transfer quarterback came in and quickly mastered the Indiana offense. In his first year with the Hoosiers, Lagow passed for 3,174 yards and 18 touchdowns while completing 59 percent of his passes.

LB Tegray Scales, #8: The junior linebacker led the team with 116 tackles and five sacks. Scales will be key in stopping the Utes offensive attack.

QB Zander Diamont, #12: Diamont is mostly used in the Hoosiers “Wildcat” package. He rushed for 241 yards and four touchdowns this season.

WR Nick Westbrook, #15: The sophomore wide receiver has emerged as the team’s top wideout. Westbrook has hauled in 49 receptions for 915 yards and five touchdowns to lead the Hoosiers.