SANTA CLARA, Calif. – Levi’s Stadium today announced the unveiling of a new vegetable and herb garden – affectionately named the Faithful Farm – to bring the first-ever rooftop farm to a professional sports venue. The Faithful Farm features nearly 40 rotational crops and herbs that will be harvested for use in dishes served at Levi’s Stadium in club spaces during games and at the more than 200 private events hosted at the stadium each year.

“We’re proud to reinforce Levi’s Stadium as an industry leader in environmental sustainability with the addition of the Faithful Farm,” said Jim Mercurio, San Francisco 49ers vice president of stadium operations & general manager. “Our 27,000 square foot green roof successfully helps reduce heating and cooling requirements within our suite tower and carving out this small portion to grow crops for use in the stadium further minimizes our carbon footprint by reducing our reliance on outside food sources.”

The 4,000-square-foot rooftop farm located on the NRG Solar Terrace, atop the SAP Tower, has been producing crops such as tomatoes, summer squash, peppers, eggplants, herbs and more since July. Grown using organic methods and managed by the team at Farmscape, the Faithful Farm is expected to produce an average of 150 pounds of produce per week, or 7,500 pounds of produce per year.

“The Faithful Farm represents the strongest commitment an NFL team has made to local, organic produce, said Lara Hermanson, principal at Farmscape. “The farm will educate the community on how many items can be grown in their own backyard, while providing local jobs and great food.”

Levi’s Stadium executive chef Dinari Brown of Centerplate, the hospitality partner to the 49ers, is developing a diverse menu of dishes that include produce and herbs from the Faithful Farm. The availability of specific menu items and beverages will depend on the seasonal harvests and the menu of locally grown items currently includes: 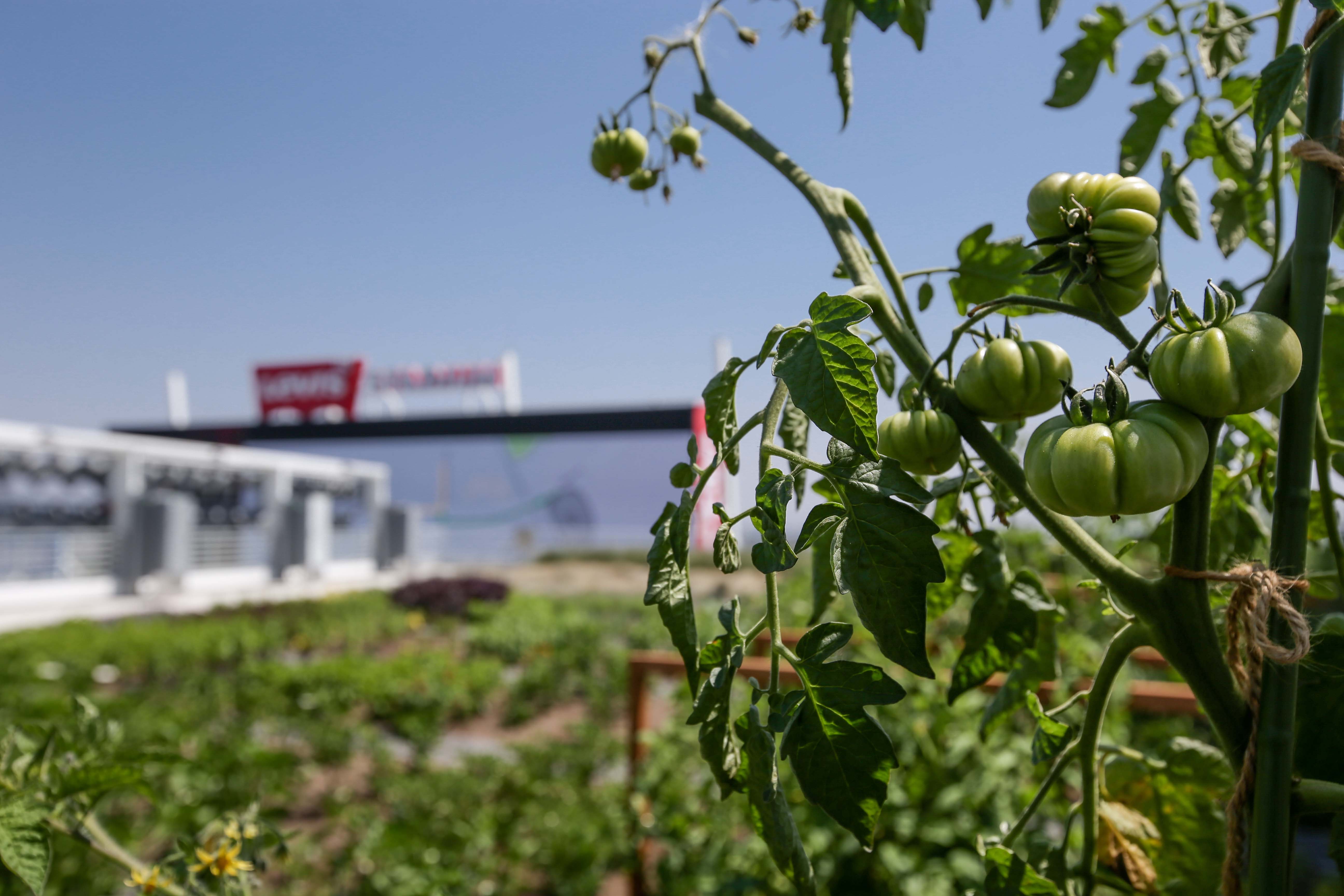 Levi’s Stadium and Centerplate work with Hunger at Home and the Salvation Army to deliver unused prepared food to organizations that aid those in need. The produce from the Faithful Farm will contribute to this effort, helping to provide healthy vegetable-based dishes to individuals in need.