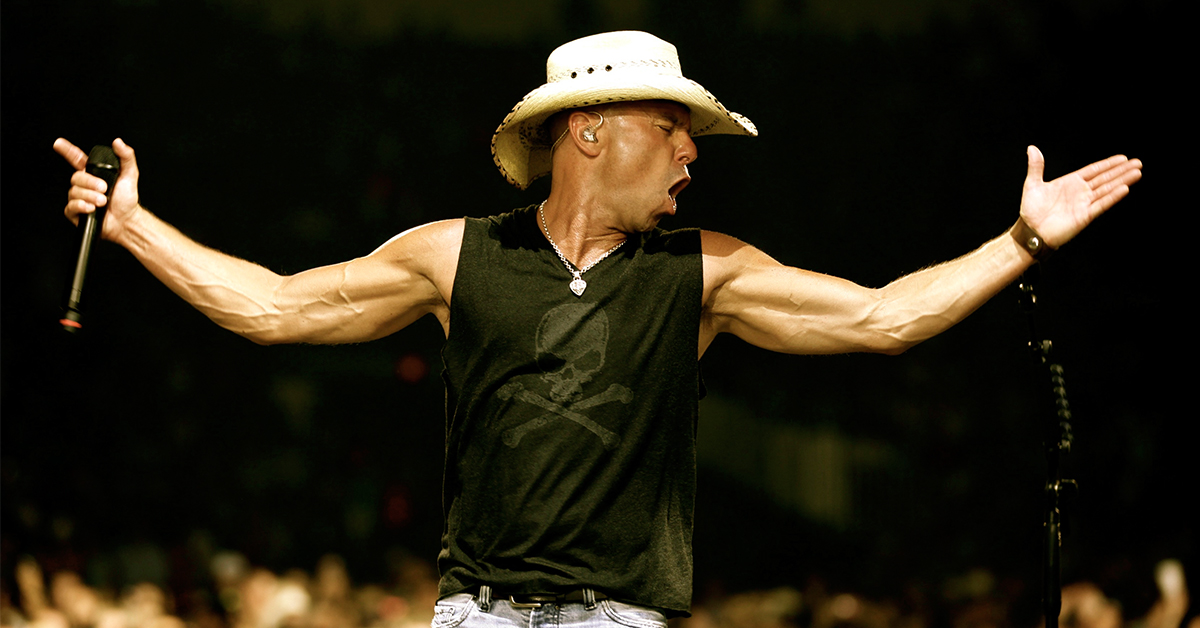 After breaking nine attendance records – many his own – and selling in excess of 1.3 million tickets on The Big Revival Tour, Kenny Chesney wanted to harness the energy of last year’s audiences. Naming his 2016 tour Spread the Love to reflect the No Shoes Nation’s passion for living life and loving music, he’s announcing the first wave of shows for next year – starting with the already on sale April 23 concert at Auburn’s Jordan Hare Stadium.

“People always want to know about the stadiums,” Chesney laughed, “because it’s a big show… a lot of music… and the kind of day people come together and celebrate friendship. We know a lot of people travel to these dates from all over, so to give them as much time as possible to get ready, I figured it’d be nice to get these out in front of our other shows! There could be a stadium date or two added, but for everyone who’s asking, let’s get next year started, right now.”

With the core line-up of Miranda Lambert, Sam Hunt and Old Dominion for these shows, a couple cities will see a surprise artist in Hunt’s slot. (those shows marked with asterisks below) Multi-platinum, 11-time CMA Award and 2-time Grammy winner Miranda Lambert appeared at last year’s Soldier’s Field show – and the chemistry sparked this year’s re-teaming.

“Miranda was such an awesome addition in Chicago,” Chesney said. “When I was thinking about what I wanted to do this year, how to keep the energy we had and give the fans something truly great musically, she just made sense. She’s a songwriter, a great singer and she loves music every bit as much as I do. In a stadium, those things matter.”

Groundbreaking triple CMA Award nominee Sam Hunt, who’s nominated for Best New Artist, plus Song and Single of the Year for “Take Your Time,” wrote Chesney’s pulsating #1 “Come Over.” Of that song and Hunt, Chesney’s said, “The second I heard Sam’s demo for ‘Come Over,’ I knew he was onto something very unique,” Chesney, who gave Hunt his first cut, said. “Watching him develop as an artist, seeing his songwriting evolve – and knowing how he brings it when he gets onstage makes him a perfect act to come out with us.”

Old Dominion, who return in the opening slot, are becoming Nashville’s band of songwriters on the verge of their very first #1 with “Break Up With Him.” In addition to penning Chesney’s three week #1 “Save It For A Rainy Day,” members of the good vibe group of musicians have written chart-toppers for Blake Shelton (“Sangria”), The Band Perry (“Better Big Two”), Tyler Farr (“Guy Walks Into A Bar”) and Dierks Bentley (“Say You Do”).

“There is nothing like the energy of a stadium show,” Chesney said. “Old Dominion kicked the whole summer off last year with the best vibe. If we’re talking about Spread the Love, those guys are all about it. If there’s anything I want to see this summer is that attitude really define what’s going on.”

“Two parts Mick Jagger, one part Bruce Springsteen and one part Billy Graham,” The Dallas Morning News deemed Chesney this summer – and the man hailed as “The King of the Road” takes his shows very seriously. “After last year, we’ve got a bar to clear, but I am fired up… and missing the fans already. There are a bunch more dates coming, but let’s get the first wave of major stadium shows on the calendar right now!”