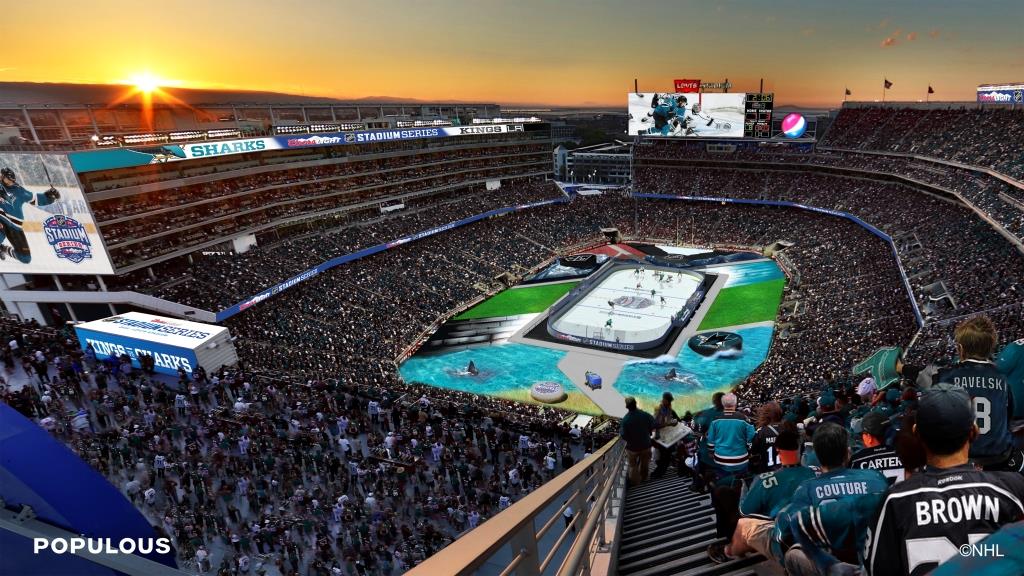 A showcase of a Northern California vs. Southern California NHL rivalry, the event will be broadcast live nationally on NBCSN in the U.S. and on CBC and TVA2 in Canada at 7 p.m. PT/10 p.m. ET. SiriusXM Satellite Radio will provide radio coverage. Construction of the rink at Levi’s® Stadium began on Monday, Feb. 9.

NHL.com will provide extensive digital video coverage and NHL Network™ will chronicle all of the excitement leading up to and after the game. For the latest on the 2015 Coors Light Stadium Series™, fans should follow the NHL on Twitter, Facebook and Instagram and join the conversation by using the official hashtag #StadiumSeries.