The San Francisco 49ers unveiled the NFL’s first collapsible field-goal posts at Levi’s® Stadium in March… so why do they look taller in May?

The league announced rule changes the last week of March and among them was this: The uprights through which kickers like the 49ers Phil Dawson attempt field goals and extra points would be raised five feet.

We checked in with First Down Football Products president and patent-holder George Wiley, and he said his system’s design would remain the same.

Then, on Monday, 49ers project executive Jack Hill Tweeted the news that the posts had been brought up to NFL code and the 49ers near-complete construction site.

Just put our new goal posts, they are 5′ taller per the new NFL rule change pic.twitter.com/n45X3J2GnN 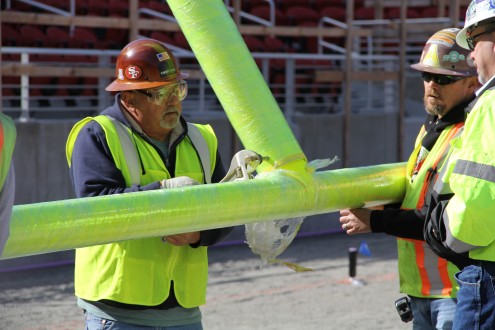