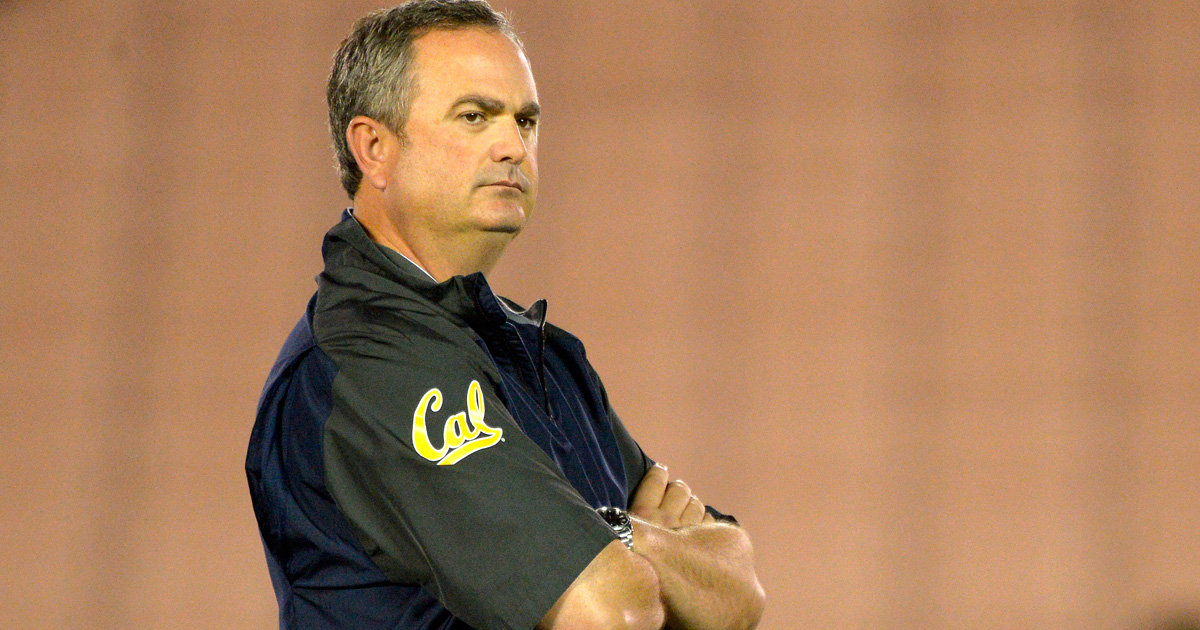 The San Francisco 49ers connections to Stanford are many.

Their connections to Cal are growing.

The Golden Bears Pac-12 program will play in the first college football game at Levi’s® Stadium when they “host” the Oregon Ducks on Oct. 24, or between Weeks 7 and 8 of the 49ers inaugural season at their new home in Santa Clara.

We caught up with Cal coach Sonny Dykes and quarterback Jared Goff for a two-part Q&A series. First up is Dykes, whom we asked about the early expectations for his team in 2014, his high hopes for Goff and his deep-South connections to 49ers second-year wideout Quinton Patton.

What excites you about having a game at Levi’s® next season?
It makes a lot of sense for us for a number of different reasons. It’s a Friday game, and a Friday game in Berkley is tough to do as far as parking and logistics with the university. To have a chance to play a game at the 49ers stadium and to play in the in the first college football game played in the same stadium that will host a Super Bowl is a big deal. Our guys are excited about it. It’ll be a good way for us to get closer to some of our Bay Area fans down south.

California Memorial Stadium and many of your team’s followers are within 50 miles, so are you counting on a home-crowd feel?
Oregon will travel well, but it’s a home game. It will be important for our fans to turn up. Obviously, we need a heavy contingent of fans and they need to be loud and supportive. It’s also good for recruiting. We’re selling our recruits on getting to play there. It’s a positive thing for our program.

Do you expect any differences in the way your team will play in an NFL stadium?
I don’t think so. I think our fans will like the premium seating and the experience of playing in a new stadium, but we play on the road enough in great environments to where I don’t think it will be that big of a deal.

In your first season as coach last year, your team went 1-11. What can fans expect to be different about year two?
We were a very young football team last year, so I expect the guys to grow up. We’re a work-in-progress right now. We’re still a young football team, but I think we’re a better team. Certainly, we expect to be a much more competitive team. We’re excited to play against a great Oregon team on a Friday night.

Speaking of young players, one of the freshmen who saw extended playing time in 2013 was quarterback Jared Groff. How well prepared is he for his sophomore campaign?
We played a really challenging schedule and played with a lot of young players, and I thought he did a great job of competing every Saturday and getting better. He’s got a lot of talent, and he’s got a really bright future. He’s somebody who’s going to do a lot of great things in his time here at Cal. We’re anxious to see how he grows and develops.

Will Goff eventually play on Sundays in other NFL stadiums?
I don’t think there’s any doubt about it. There’s a lot of development that has to take place between now and then for that to happen, but certainly the tools are here.

Goff grew up a big-time 49ers fan, but what are your connections to the team?
I grew up in Texas as a Cowboys fan, so the 49ers have long been the nemesis of the Cowboys. But I’ve admired the program, always liked it, thought they were ahead of the game offensively. I was a wide receivers coach for years, so I used to show a lot of Jerry Rice tape for years and years and years. There’s a lot of ties between Cal and the 49ers, especially Steve Mariucci, a lot of different ties. If you surveyed our players, the vast majority of them are 49ers fans and follow the team regularly.

You missed coaching Michael Crabtree by one year (he played as a freshman at Texas Tech in 2007, when you left Tech to coordinate the University of Arizona’s offense), but you did coach another San Francisco wideout. What’s your favorite Patton story?
The great thing about Quinton is that he came to us at Louisiana Tech as an unheralded guy, a junior college player who wasn’t heavily recruited. But he has a great passion for playing football. He practices with great enthusiasm and showed our team that it was fun to practice hard and compete every day. That really changed the culture of the program, so he was a big part of the program we had there and getting that thing flipped.

We see Patton smiling all the time around the team’s Santa Clara facilities…
That’s what he is – eager. He wants to please. Whatever coach Harbaugh wants him to do, he’s going to do with a smile on his face. That’s why he’ll have a great career in the NFL. He’s a mix of talent and determination.

What did you make of Patton’s injury-affected, three-catch rookie season?
I always try to pay attention to him. I made it out to a practice last year and watch one of the 49ers minicamps. It was good to see him, and I know a number of players over there. We talk to him regularly. He comes over to work out with our players a lot at Cal, and he’s great to be around. 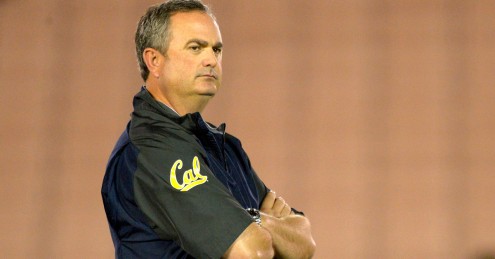