Levi’s® Stadium has a lot of “firsts” forthcoming.

Next up: The backs of seats at the San Francisco 49ers new home will have hooks for fans to hang their gear during games. There’ll also be your more traditional cup-holders.

“The hooks on the back are custom designed and manufactured for our seats,” 49ers project executive Jack Hill said. “The seating manufacturer, Camatic, said this is the first time it has been requested, and they have never done this in a stadium before now. Since they have been installed, we’ve had a lot of positive comments from the fans.”

Camatic Seating has also worked to install Quantum-style seats and other types for stadiums around the world, including the venues for the NFL’s Dallas Cowboys and Seattle Seahawks. 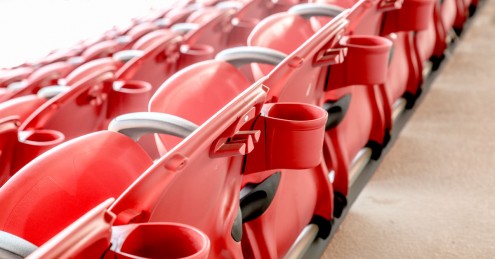