The 49ers already knew which teams they’d be hosting in 2014.

Now they know more about each opponent.

Some of the NFL’s most significant free agents have landed with squads slated to visit Levi’s® Stadium; the NFL will finalize the schedule in April.

Not exactly a replacement for Melton, Houston will fortify the edge of Chicago’s defensive line. He hauled in $35 million over five years, according to reports, after his six-sack 2013. CB Charles Tillman is also returning to the Bears DE Willing Young is coming over from the Detroit Lions.

The Redskins also stole ex-Cardinals wideout Andre Roberts, but Hatcher will have a greater effect in the nation’s capital. He’ll get a reported $27.5 million over four years. LBs Brian Orakpo (franchise tag) and Perry Riley will also be back.

The Colts-turned-Chargers ball carrier got a $10-million deal to share backfield responsibilities in another city. 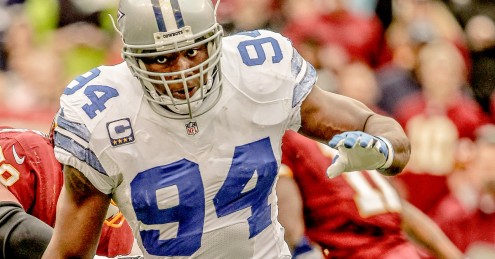