Blaine Gabbert on New Stadium: ‘It’s Going to Be a Special Place to Play’

The 49ers did some investigating on then-Missouri quarterback prospect Blaine Gabbert in 2011.

Before San Francisco ultimately chose Colin Kaepernick as its quarterback of the future that May, Gabbert did his own research on the team.

“I remember coming out here on a (pre-draft) visit,” Gabbert told 49ers.com not long after he was traded here from the Jacksonville Jaguars on March 11,”and they were just breaking ground on (Levi’s® Stadium). It’s unbeleivable what they’ve done.

“To be able to see what they’ve built there, it’s going to be a special place to play.”

Gabbert will compete to back up Kaepernick during the team’s inaugural season at its new stadium. 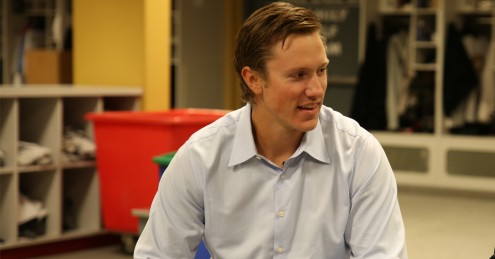